What We Can Learn from AgTech 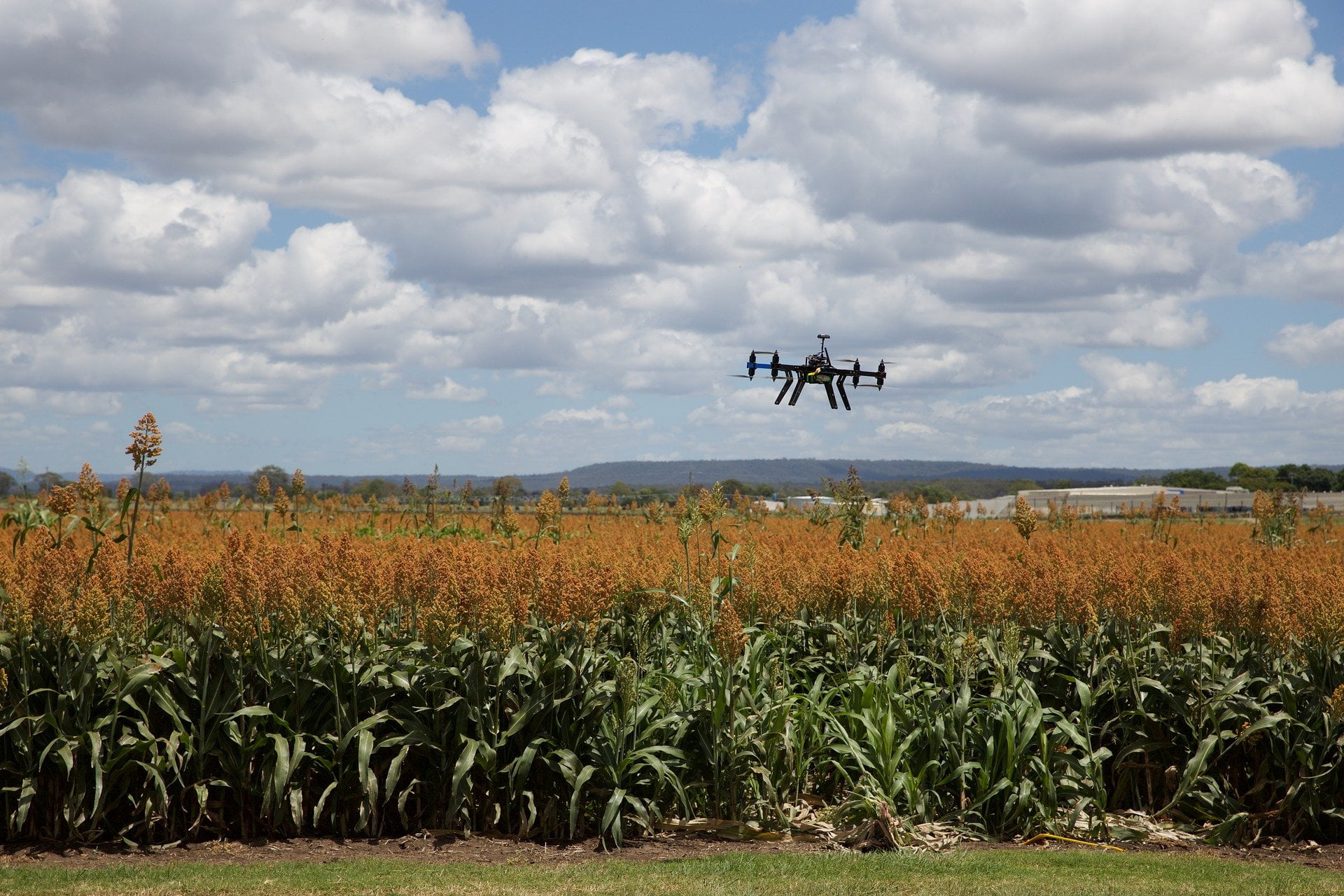 I didn’t expect to be a digital farmer. Like many people who grew up in a small town, I played a bit of Farm Simulator and read Little House on the Prairie, but that was the extent of my interest in agriculture. What fascinated me was the shiny new world unfolding around me–technology, communication–and the very concept of progress. Farming seemed like the oldest game in town.

Like many graduates straight out of college, I stumbled into my career, applying for every job I came across and grabbing the first offer that came my way. That place was ZedX, a tiny company that in retrospect was one of the forerunners of modern AgTech. Suddenly I was having to learn about alien things like Common Land Units, what hybrid meant, and that farmers were now called growers. Since then, it has become increasingly clear that I vastly underestimated farming’s potential to be a technology trailblazer.

My old boss at Zed X used to say that our strategy was to toss spaghetti at the wall and see what stuck. It turns out that was everyone’s strategy back then, and a lot of spaghetti has been flying for the past two decades. The resultant mess has been both chaotic and amazing.

Over the last twenty years, the “business” of farming has exploded, in many ways mirroring the early dotcom years of the internet, with about a decade of lag and no bubble burst. We have experienced the birth of an entirely new industry, new strategies and technologies, as companies appeared and vanished in the scramble to establish market position and carve out a niche.

Unlike other tech disruptions, this one is less about cool gadgets and digital lifestyles than our collective survival. We’ve been growing food and feeding ourselves for more than ten thousand years, but we need to figure out how to feed a lot more people – and fast.

The Forces Behind Farming’s Transformation

Sustainability. The global population is growing, and a larger population needs more food. We can’t increase the amount of land on Earth to grow more food, so we need to develop better ways to produce food on the land we have. The increased efficiency of food production that AgTech enables is reducing costs, increasing yields, and responding to drought, flooding and rising sea levels caused by climate change. However, studies show we need to grow as much as twice the amount of food we do today to feed the world.

Emerging Technologies. You know that an industry has gone high tech when venture capital pours in, startups sprout up, and big consulting firms like Deloitte start writing about it. AgTech is many industries within an industry, creating huge growth potential. In a capitalist society, opportunity drives investment, and investment drives progress. Companies like Syngenta, a global seed producer, has developed seeds immune to pests and optimized for soil conditions. AGCO, a global farm equipment manufacturer, has invested in data and software to make farming more efficient. AgIntegrated (AGI) is a technology company with whom Skyward has worked closely to integrate data that has enabled precision agriculture.

Data. The third reason makes the first two possible, because no one is exactly sure where data will lead farming and the AgTech industry it spawned. The ultimate value of data is still evolving. Silicon Valley would have us believe the more data collected, the greater the value. That’s why tech giants collect data on everything – what we watch on TV, what we eat, traffic patterns, consumer spending, natural resource management – everything. AgTech is no different. Like other industries, we are going through digital growing pains. Are we collecting the right data? Are we collecting too much data? Are we using all the data we collect? The answers would be, it’s too early to tell, probably, and definitely not.

After I got that first job, naturally my friends and family asked what I did. “I work in AgTech.” “Agtech? ” “Uhh…..farming, stuff.” It was hard enough for me to understand how technology was changing agriculture, much less explain it to people who knew even less than I did – and back then, that included farmers.

Agriculture has changed more than I could have imagined. Everything in agribusiness is about data. How much to plant, where to plant and how much yield to expect from a given plot of land. While farmers have collected data since humans figured out crop rotation, technology has accelerated the rate, expanded the scope and created a new industry in the process.

From agriculture to Ag-Tech

The term, “AgTech” is an umbrella term for the convergence of technologies, techniques and methodologies that have created this new industry. Part technology, part science, part forecasting, societal shifts, and global trade, AgTech is greater than the sum of its parts and a roadmap for how niche markets coalesce.

Precision Agriculture is one of the main tentpoles of modern AgTech. It is so integral, in fact, that people often use the terms “agtech” and “precision ag” interchangeably, though they are different enough that it’s worth noting. Put simply, precision ag is site-specific management, from crops to livestock. It is the science of determining the most efficient and productive use of farmland to increase yield. Sensors, software, satellites and smart devices have enabled advances that border on science fiction. Did you know that facial recognition imagery can identify a cow in seconds based on hide patterns and features? Why would anyone want to? To monitor the health and wellbeing of the animals, track food and water consumption and other behavior patterns that can impact milk production and reproduction.

Precision ag concerns itself with data collection, but where does the data actually GO after it’s collected? Usually to a Farm Management Information System, or FMIS. A FMIS is basically Project Management software for a farm, and there is a FMIS for every type of agribusiness. Crop rotation management, equipment and inventory management, crop insurance, dairy and herd management—it all comes back to data. 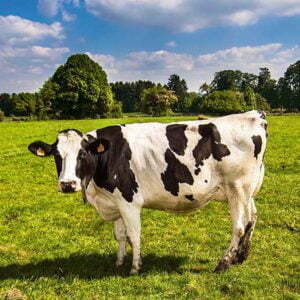 Data is one thing but making it useful is quite another. A lot of numbers in a spreadsheet don’t always make strengths and weaknesses of strategies immediately apparent. FMIS applications allow you to visualize your data in any number of ways, from heatmaps to historical trend charts to good old pie charts. These visualizations can make it much easier to see the impact of different decisions, for everyone under the AgTech umbrella, particularly the grower.

As the cameras in our phones have gotten better and better, so have the cameras in our satellites. Aerial and satellite imagery let farmers and agronomists view GPS-mapped fields as actual images, with detail fine enough to see the actual growth of plant mass on their fields.

And that technology is only getting better. We now can get images in other light spectrums, such as infrared or ultraviolet, both of which can tell us things about the conditions of the soil, find invasive species, monitor changes to forests and watersheds, and even discover hidden materials and pollutants underground that may affect crops. Remember paper maps? You will find them in a museum somewhere.

Telematics is one of the more impenetrable words that gets tossed around when talking about AgTech. Telematics are the pieces of digital equipment built into modern farming machines that do things like record GPS positioning, the rate at which seeds are being planted or harvested, what is being planted or harvested, how much a particular load of crops weigh, etc. It is the data gathering equipment that produces most of the information that flows through today’s agribusiness. In particular, telematics opens the door for two incredibly useful ideas.

When you plant seeds, you don’t plant them one at a time. You drop them at a certain rate over a specific area of land and hope you don’t over or under plant. A lot of precision ag is about trying to predict what rate to drop what seed over what land.

Previous generations of planters could do little more than plant seeds uniformly across an entire field. Today’s planters, however, have the ability to adjust their planting rate dynamically on the fly, allowing someone to plant at variable rates within a single field. This lets a grower target the quality and composition of ALL portions of a single field, instead of having to just target the average and hoping for the best in the non-average parts of the field.

What is Agtech going to be?

Technology is modernizing agriculture with the force of a high-pressure hose. We’re constantly on the cusp of the next big thing. We’ve seen an unprecedented explosion in technology’s ability to quickly bridge the gap between imagination and reality. Every year, a new trend or experiment emerges that informs all of the years that follow.

I have no idea what the concept of the farm will look like in ten years . Drones are only now becoming cost effective. Supply chain automation, drones, robots that can pick produce, and infrared tracking systems to monitor chickens—we are not that many years away from no longer needing manual intervention to move food from farm to human consumption.

Of course, agribusiness has had its share of Icaruses who plunge out of that sky, and in a hungry industry there is little room to trip or falter. Like any company that’s been able to ride the wave of an industry explosion, Skyward has learned a few things from our work as a software developer on AgTech that we think apply to business beyond the planting and harvesting of seeds.

What can ag tech teach us?

To prepare, to think in possibilities, to examine where your organization fits a need in your supply chain, and to observe how other industries, like AgTech, are applying data to create software that drives innovation and creates new markets.

It appears that I got that shiny new world of technology that fascinated me as a kid.